BRITNEY SPEARS; VICTIM OF THE INDUSTRY?

– SLAVE TO THE INDUSTRY? 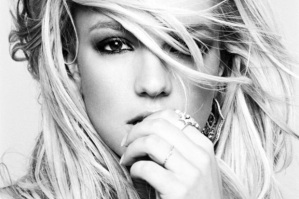 ney Spears, born 2nd December (1981), Kentwood Louisiana, today known as one of the biggest pop stars, releasing hits like “Hit Me Baby (One More Time)”, “Oops I Did It Again”, “Womanizer” & “Hold It Against Me”, Britney has gone to become one of today’s biggest pop cultural icons. Beginning her career as a child and starting out in the “Mickey Mouse Club“, to then go on to becoming  a pop singer/dancer, to her well known breakdown and then doing a come back with “Femme Fatale” we’ll be looking into her life, career and her association with the elite and mind control.

– FROM MIND CONTROL TO POP SENSATION 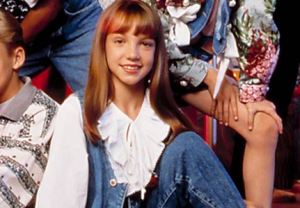 Britney was only eight years old when she and her mother traveled to Atlanta to audition for a part in the “Mickey Mouse Club” but was rejected at first by casting director Matt Casella for being “too young” but introduced the young girl to a New York Talent agent and soon after met what Springmeier called “The Network”. Britney moved to an apartment with her mother in New York and attended and professional performing arts school. Britney later got a role of the understudy in a Broadway musical ‘Ruthless‘ which also had another child star, Natalie Portman.

When Britney turned thirteen, she finally got a place on the Mickey Mouse Club which also meant she was entered in the CIA mind control project. Now this isn’t the first time we hear about child stars being used for the government’s sick projects which involve traumatizing the victim in the most unimaginable ways, in order to mold them into whatever person the ‘handler’ wants the victim to be. Disney is also known to be closely connected with the occult and was used for creating propaganda films and another way of supporting the agenda. Films were also made for the mind control program in doing so, they filled the films with many triggers that only the victim will pick up.

Picture taken from the Lachepelle shoot

The ‘Mickey Mouse ears’ became the symbol for mind control. Funny how today we see many pop stars & actors sporting these ears. Britney was basically groomed to become a pop star and had to be subjected to traumatic abuse, from the physical to the mental. Is Britney the ‘Marilyn Monroe‘ of today? Her life is so controlled it’s unreal. Britney went from being a ‘Mouseketeer’ to then debuting her number one single, ‘Hit Me Baby (One More Time)’ which became a sensation across the globe. Britney was only sixteen at the time it’s release and the video for the song raised eye brows. Why was the music industry trying to make school girls sexy?
At the age of 16, Spears was on the cover of a Rolling Stones issue as well as being on a feature. The shots featured a blend of innocence and sexuality, something pop culture has a habbit of doing, a lot. The photo shoot caused controversy with the public for obvious reasons, the elite had plans for Britney to push the sexualisation agenda. Britney Spears is apart of many of number of women that are made to undergo ‘sex-kitten programming‘ which means the victim is subjected to sexual abuse which takes the morals away from the victim and sometimes causes them to act ‘cat-like’. 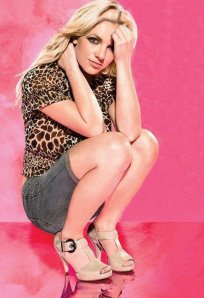 BETA -This is a combination of Alpha ; “logic” programming and Beta primordial (primitive mind) sex programming. This programming eliminates learned moral convictions and stimulates the primitive sexual instincts devoid of inhibitions. This training Program (usually for women) is for developing the “ultimate prostitute”…a sex machine. This is the most used (by the abusers knowledgeable of the Project Monarch) program. Children of knowledgeable persons are being preconditioned through incest and “sold” into the conspiracy for additional Beta conditioning to eventually satisfy the bizarre perversions of politicians, bankers, drug lords, or anyone deemed valuable to the conspiracy.” (- Source)

Britney was originally was meant to take the torch from Madonna, which we saw on the controversial MTV performance which involved Spears, Madonna and Xtina all sharing a kiss. The kiss was symbolic of ‘passing the torch’, while Madonna was performing ‘Hollywood’. Interesting really, Britney and Xtina were dressed in bridal gowns, while Madonna wore the masonic hat and walked down ’13’ steps, another reference to the occult. It was until after the performance that Britney had her famous breakdown and tried escaping the industry. Now why would she do a thing like that?

– ATTEMPTING TO BREAK AWAY, THE CRY FOR HELP

In February 2007, Britney went to a hair salon in LA, asking the hair dressers 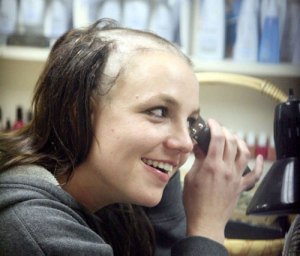 there to shave off all her hair. The singer was clearly distraught at the time and no one understood why she was asking for such a thing. I mean ask any girl if they would shave their hair off, I gurantee you a good majority will say no. The daily mail tried making out the breakdown came from her having “too much time on her hands”, others believed the pressures of fame got too much but the people that are aware of what the industry is really like will know there is something disturbing going on.

As well all know, the press made out she was doing heavy drugs and was trying to get attention as well as apparently having mental problems. This is true, why? Well the girl is under MK Ultra, part of it is being fed LSD, the process of MK Ultra does cause split personality disorder and yes she was trying to get attention, from both the elite and the people. The poor girl was crying for help at the same time taking a stand against her abusers. Remember her dying her hair brown before the famous shave? Well it’s clear Spears gets programmed at the ‘Mother of Darkness lodge’ because the elite love blonde hair, they’re obsessed with the ‘Ayrian’ raise, so by Britney dying it brown, it was a form of rebellion then by shaving her hair it was symbolic of her getting rid of her handlers, hense the crazy smile while she performed this act.

Here’s a good video that will explain a little bit more into this subject. It is upsetting because you realise what the poor girl is going through. Lets pray that one day she will break free.

Britney Spears is nothing but a victim. Today’s Marilyn Monroe. On a daily basis the girl faces abuse from her handlers and has no control in her life what so ever. The more sickening fact is that we are all paying for her to go through this by buying her produce. We need to take a step back, look at what she’s going through and demand that they give back the control in her life, let her be a mum to her kids, let her recover from her past cause clearly she is on a verge of another breakdown. It’s safe to say that Britney will follow the same path as Michael Jackson if we do not do anything. Remember it takes good people to sit and do nothing for evil to win.